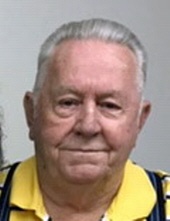 Mr. Milstead was a member of the Clay United Methodist Church in Clay, LA. He was a veteran of the United States Navy; he served many years in Law enforcement with the Monroe Police Department and the Ouachita Parish Sheriff’s Office, where he served as Chief Deputy of the Correctional Center. He was the former owner of USA Truck Stop in Calhoun, LA, and was in the land development business, where he made many lasting relationships with his business partners. Buddy’s long passion was his love of horses. He enjoyed more than anything seeing his daughter, Kim and his granddaughters, become expert barrel racers.

Memorials may be made to St. Jude Children’s Research Hospital.