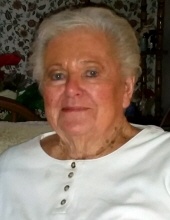 She was a member of First Baptist Church in West Monroe. In 1954, she and her husband, George Evans opened and operated Evans and Son Clothiers until his death in 1971. In 1974, she married Rip Pipes.

In lieu of flowers, memorials may be made to the charity of your choice.
To order memorial trees or send flowers to the family in memory of Alice Miller Evans Pipes, please visit our flower store.