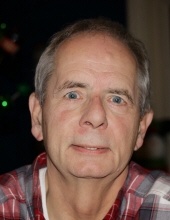 Allan was born on October 28, 1947 in Pittsburg, PA to Harry William Placke and Mabel Clair Lancaster Placke and grew up in Tallulah, LA. He received a BA in pre-law from Northeast Louisiana State College in Monroe, LA and his law degree from Louisiana State University in 1971.

Allan graduated from the Army Judge Advocate General’s School at the University of Virginia in both basic and advanced military law, as well as the Army Command and General Staff College in Leavenworth, KS. Allan enlisted in the Army during the Vietnam War and served as a trial criminal defense counsel at Fort Sill, OK, and appellate criminal defense counsel at the military appellate courts in Washington, D.C. during active duty. He stayed in the Army Reserve and served as appellate military judge on the Army Court of Criminal Appeals in Washington, D.C. for ten years before his retirement from the reserves at the rank of LTC.

After Vietnam ended, Allan returned to Louisiana and practiced law in the Monroe-West Monroe area before both federal and state courts from 1975 until his death. He was admitted to practice before the United States Supreme Court, U.S. Fifth Circuit Court of Appeals, all federal district courts in Louisiana, U.S. Court of Claims, U. S. Court of Appeals for the Armed Services, Army Court of Criminal Appeals and the Louisiana Supreme Court, and was a partner in Johnson and Placke Law Firm since 1984. Allan also served as Past President of the Fourth Judicial District Indigent Defender Board, was a member of the Fourth Judicial District Bar Association and Louisiana Bar Association.

He loved sports, particularly baseball, and played in the semi-pro leagues for several years during the 1960’s and regularly attended the College World Series in Omaha, NE. Allan was an avid LSU fan and was an accomplished billiards player.

Allan was a member of First Baptist Church of West Monroe, LA; and a member of the Board of Directors of the Friends of the Chennault Aviation and Military Museum in Monroe, LA. Allan is preceded in death by his parents, Harry and Mabel Clair Placke.

Allan met Pam Gray, the love of his life, on a blind date and they were married on May 13, 1978. They had two children, Jennifer Placke Prentice, a pharmacist in Vestavia Hills, AL and her husband Jimmy, and Gregory Allan Placke, an attorney in West Monroe, LA; grandchildren, Eli and Jude Prentice; and his brother, Dale Placke.

Visitation will be held from 12:00 P.M. until service time on Tuesday, April 23, 2019 at Mulhearn Funeral Home West Monroe, LA.