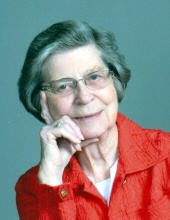 Funeral services celebrating the life of Mrs. Betty Taylor Farr, 90, of Monroe, LA, will be held at 11:00 AM Wednesday, December 19, 2018, at First United Methodist Church in Monroe, LA, with Rev. Lynn Malone officiating. Interment will follow in Mulhearn Memorial Park Cemetery, under the direction of Mulhearn Funeral Home in Monroe.

Mrs. Farr was raised in Arcadia, LA, attended Louisiana Tech University, UCLA, and received her Bachelor’s Degree from Louisiana State University, where she met her husband, Robert Farr. They married and moved to Monroe to open his law practice. She became a housewife, supporting her husband, raising her three sons, making pear relish, mahaw jelly, and her famous yeast rolls for her family and friends. Betty was an active member of Memorial Methodist Church from her arrival in Monroe through its merger with First United Methodist. Her community involvement was broad. She was a member of KD sorority, served as a cub scout den mother, and worked with various PTA organizations. She was also involved with the Daughters of the American Revolution, Colonial Dames, PEO, the Monroe Garden Club, and the Downtown Monroe Lions Club. Additionally, she served on the board of the Methodist Children’s Home and the board of the Ouachita Council on Aging.

She was preceded in death by her husband, Judge Robert T. Farr; and her son, James Robert Farr.

The family would like to thank Robin Cox and her great staff at Serenity Care Providers for their years of devoted care. Caregivers, Angie, Jackie, Margaret, Judy, and Lynn, went above and beyond the call of duty for "Miss Betty". The family would also like to acknowledge Stoneybrook Alzheimer's Care, Louisiana Hospice and Palliative Care, and Dr. Kerry Anders for their compassionate assistance to Betty in her last few weeks.

Visitation will be 9:30 AM until 11:00 AM Wednesday at First United Methodist Church in Monroe, LA.

Memorials may be made to the Methodist Children’s Home in Ruston, LA, the Ouachita Council on Aging, or First United Methodist Church in Monroe, LA.