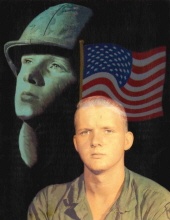 Funeral services for Billy Ray Shirley, 68, of Monroe, LA, will be held at 2:00 PM, Saturday, October 13, 2018, in the chapel of Mulhearn Funeral Home, Monroe, with Rev. Zack Anderson officiating. Interment will follow in the Riverview Cemetery. Visitation for friends and family will be 5:00 PM to 8:00 PM, Friday, October 12, 2018, at the funeral home.

Mr. Shirley was born December 1, 1949, in Monroe, and passed away on October 10, 2018, in Monroe. Billy served in the Army during the Vietnam War. He was an avid outdoorsman, and he loved hunting and fishing.