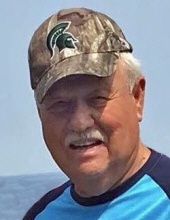 Memorial Services for Dr. Bruce Thomas Markgraf, 78, of Jonesboro, LA, will be held at 2:00 P.M., Sunday, February 23, 2020, in the chapel of Mulhearn Funeral Home, West Monroe, LA, with Brother Lonnie Scarbrough officiating. Visitation will be held from 1:00 P.M. until service time on Sunday.

Dr. Markgraf was born June 1, 1941, in Sheboygan, WI, and passed away February 20, 2020, in Jonesboro, LA. He was a retired Veterinarian. Dr. Markgraf loved the outdoors and was an avid sportsman and conservationist. He will be remembered for his boisterous laughter and colorful story telling about life and the many adventures with his family and friends.

He was preceded in death by his parents, Karl and Rose Markgraf; and brother, Robert “Bob” Markgraf.

Memorials may be made to St. Jude Children’s Research Hospital or to Ducks Unlimited.