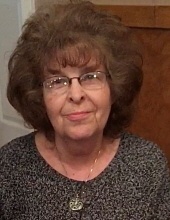 Celebration of life services for Mrs. Carolyn Sue Day, 77 of Rayville will be held at 12 PM Tuesday, January 21, 2020 at the Rayville First Assembly of God with Rev. Mike Jackson officiating. Interment will follow at the Northeast Louisiana Veteran’s Cemetery under the direction of Mulhearn Funeral Home Rayville. Visitation will be held on Monday, January 20, from 5 to 7 PM and from 11 AM until time of service Tuesday at the Rayville First Assembly of God.

Mrs. Day was born June 13, 1942 in Mangham, LA and went home to be with her Lord and Savior on Thursday, January 16, 2020 in Rayville, LA at the age of 77. Ms. Day accepted the Lord Jesus Christ at age 13 at the Mangham Assembly of God Church in Mangham, LA. Shortly after that she started teaching Bible School and later was involved in teaching all age groups as part of the Sunday School program. She also taught adults for a number of years at Start Assembly of God where she taught teen groups as well. She was active in jail/prison ministry in Richland Parish for two years. She served on the church board for a number of years. Ms. Day wrote several inspirational poems and published a small book ‘Excerpts from God’s Word.’ She also took several Bible courses and obtained a Minister’s License on October 19, 1999. She and her husband built and established New Beginnings Tabernacle in Rayville, LA in 2004 where she ministered and pastored.

In addition to Ms. Day’s life accomplishments in ministry she was equally successful in other areas of her life. She graduated from Mangham High School and worked for the State of Louisiana Office of Family Support from 1972-1996. She earned a cosmetology degree from the State of Louisiana in 1976. Ms. Day attended BMI Business school in Monroe, LA, as well as University of Louisiana at Monroe formerly NLU, and graduated from United Christian Bible College in 1999.

Mrs. Day enjoyed piano, singing, crafting and helping others, but her passion in life was spreading the gospel of Jesus Christ.

She is preceded in death by her husband, Davie L. day; her parents, Arlon and Nora Adcox Hutson; brother, James Cecil Hutson; and her step-sons, Mark and Paul Day.

Those left to cherish her memory are two daughters, Wendy Montgomery and husband, Bob of Brentwood, TN, and Donna Henson Young and husband, John of Franklin, TN; step-son, Todd Day of Lafayette, LA; and Adriana Molano of Rayville, whom she dearly loved and raised like a daughter; her siblings, Henry Ray Hutson and wife, Martha of Mangham, Jerry Hutson of Rayville and sister, Anita Reams and husband, Wayne of New Mexico; four grandchildren, Emilie Montgomery, Christian Beevers, Garrett Montgomery, and Shelby Beevers; also survived by a host of very special and dearly loved nieces, nephews, extended family and friends.

In lieu of flowers, the family has requested that donations be made in Mrs. Day’s memory to the Alzheimer’s Association, St. Jude Children’s Research Hospital and the Arthritis Foundation.

The family would also like to extend their heartfelt appreciation for the love and care that was shown to our mother during her last years to Angela Littleton, sister-in-law Martha Hutson, Crestine “Dottie” Couch, Ethel Amos, Sally Isaac, Sandy Burgess, Sanika Minnieweather, to St. Joseph Hospice, and all the friends and family that ever extended love and care to our mother through the years.