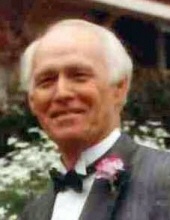 Don Adams was born in Monticello, Arkansas on January 22, 1937 to Jessie Inez Mayes and John Dean Adams and passed away on August 21, 2021. The Adams family moved to Louisiana when Don was young. He attended West Monroe High School and he played on the first football team for the school. After graduation, Don went to Northeast Louisiana University (now ULM) where he studied Geology. The Vietnam War had started so he joined the United States Marine Corps and was stationed at Camp Pendleton, California. After serving his country, he came back to West Monroe. Don then went to the United States Postal Service for thirty -three years. After retirement, he loved traveling. Retirement opened many doors of opportunity for him. He also loved to fly fish in the cool waters
and in the Ozarks as well as the out west. Don loved photography, and he was a “ham operator”. He was a drone pilot, had a lot of fun, and enjoyed being retired.