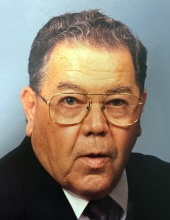 He is preceded in death by parents, Loyd and Mable Hart; daughter, Becky Henson; and brother, Billy Ralph Hart.

Memorials may be made to Swartz First Baptist Church.

The family would like to extend a special thank you to Caring Hands Hospice.

To order memorial trees or send flowers to the family in memory of Charles Loyd Hart, please visit our flower store.