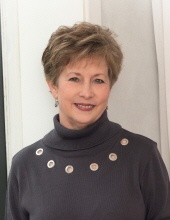 A memorial service for Deborah “Debbie” O’Neal Willis, 68, of West Monroe, LA, will be held at 1:00 P.M., Saturday, September 7, 2019, at the First United Methodist Church in West Monroe with Rev. Lamar Oliver officiating.

Debbie was born to the union of Carey J. O’Neal, Sr. and Barbara Guynes O’Neal on February 27, 1951, in Rayville, LA, and passed away on August 30, 2019, in West Monroe after a fearless battle with cancer. She was a teacher and a Licensed Professional Counselor at both the State and National level. Working with her peers throughout the state, she was instrumental in getting legislation passed by the legislature establishing licensure for counselors in Louisiana. As a result, she became the fourth Licensed Professional Counselor in Louisiana. During her career she served as President of the Louisiana Counseling Association, a high school counselor, counselor at the Delta Ouachita Regional Technical Institute and as ULM’s counselor manager for the Combined Area for Student Success (CASS) Office.

In her personal life her most fulfilling experiences were being the owner of Southern Lady Antiques store in West Monroe, the wife of a military member and most importantly, mother and grandmother.

She was preceded in death by her parents, and brother, Carey J. O’Neal, Jr.

She is survived by her husband, Cecil M. Willis, daughter, Candace Hatch, and grandson, Christopher Carey Hatch, all of West Monroe, LA; nephew, Carey Jason O’Neal of Baton Rouge, LA; and the very special friends in the Open Door Sunday School Class in her church.

Visitation will be held from 11:00 A.M. until service time on Saturday at First United Methodist Church in West Monroe, LA.

A special thank you is expressed to the staff of Hearts of Hospice for the wonderful care they provided to her and for that we are forever grateful.