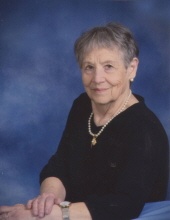 Doris was preceded in death by her husband, J. Wayne Medley, her parents Leonard Alexander and Mae Hanchey Ford, her brother Leonard Clyde Ford, and her sister Verone Ford Dodd.
Born in Oakdale, LA, Oct. 1, 1924, Doris graduated from Oakdale High School in 1941, earned her Bachelor’s degree from Northwestern University of Louisiana in 1945, and Master’s degree in Music Education from Louisiana State University in 1946. She met Wayne in 1946, in Oakdale, when friends got together and called her to come play the piano. They married in June 24, 1951, after he graduated from LSU. Initially they lived in Oakdale with Doris’ mother, Mae Ford. When Wayne got a job in Monroe in 1955, they moved to West Monroe, and then to Monroe in 1960, to the house where the girls grew up, and where Doris lived for the rest of her life. She was a music teacher for 38 years, mostly in Monroe City Schools, giving the gift of music to many children. A long-time member of Parkview Baptist Church, Doris regularly visited church members and friends who were homebound and in nursing homes until she was unable to do so. She enjoyed spending time with her family and regularly attended Neville football games, proudly watching grandsons Corry and Noah play on two state championship teams. She loved playing the piano, working crossword puzzles, and watching LSU and New Orleans Saints football.

Loving thanks to her caregivers Jackie Holmes and Shirley Ashley who gave her companionship, care and comfort.
Honorary pallbearers include members of the Neville High School football state championship teams of 2009, 2014 and 2015.

Memorial donations may be made to the J. Wayne Medley Endowment Memorial Scholarship at the University of Louisiana Monroe, Barak Shrine Temple in Monroe, or Samaritan's Purse.
Online Registry/Condolences: www.mulhearnfuneralhome.com