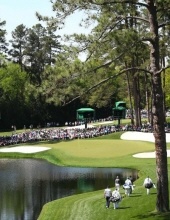 Dorothea grew up in Monroe where she attended the city schools and graduated from Neville High School in 1942. She graduated from LSU in 1946, with a B. A. degree. After college she taught at Neville during the 1946-47 school year and during the 1947-48 school year, she was in charge of Physical Education program for girls and at the request of administration formed and coached Neville’s first girls’ basketball team, which won the first eleven games.

Dorothea and Dave were married on June 12, 1948, just after Dave got out of Law School. In 1950 Dave was called back into the Army at Ft. Hood, TX, where their first child Nancy was born. Returning to Monroe in 1952 Dave and Dorothea built a home at 315 Lakeside Dr., on Old Country Club Island. Dorothea “made the house the home” and planted trees and landscaped the yard beautifully. The Judge was happy to lend a hand and he taught Dorothea much that he knew about camellias and roses. Dave, III came along on April 28, 1958 and their family became complete. The couple moved to their present home in the spring of 1973, just before their twenty-fifth anniversary.

Dorothea was one of the outstanding women amateur golfers in Louisiana. She enjoyed playing at Bayou DeSiard Country Club, where she was six times club champion. At one time or another, she has won most of the ladies’ tournaments in the area and has won all of the Bayou DeSiard ladies’ tournaments at least once and some several times. In 1987, playing the Royal and Ancient in St. Andrews, Scotland, with rented clubs, and never having seen the course, parred the famous “Road Hole” and carded a score below 90.

She was preceded in death by her husband, David I. Garrett, Jr.; and her three sisters.

Dorothea is survived by her children, Nancy G. Holder of Dallas, TX, David I. Garrett, III (Susan) of Linthicum Heights, MD; and numerous nieces and nephews.

The family wishes to express their sincere appreciation to Emily Burroughs, Robin Cox, and the sitters from Serenity Care Providers for their patience and devotion to our mother.

A private family service has been planned.