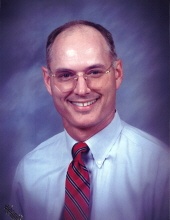 Henry was born and raised in Little Rock, Arkansas. Growing up he read widely, taught himself woodworking, learned to brew beer, bought a broken-down jeep, and rebuilt it on weekends, played football at Little Rock Catholic High, trumpet in the high school jazz band, and represented his home state in Washington, D.C., as part of his high school physical fitness team. Throughout his life he pursued projects and activities to which he applied himself with great focus and infectious delight.

He attended Centenary College in Shreveport, Louisiana and went on to study medicine at the University of Arkansas for Medical Sciences (UAMS). After completing his radiology residency, he moved to West Monroe, LA, with the love of his life and wife of 34 years. He joined Radiology Consultants of West Monroe in 1994, where he worked up until the time of his death.

After several years in the West Monroe area, Henry and his wife bought land in Calhoun, LA, where over the course of 18 years they established a home and farm.

Henry was an active member of Cedar Crest Baptist Church. He was a man of deep faith and led a men’s bible study group. One of his last projects was the construction of a traveling music stage where he dreamed of singing praises to the Lord.

His kindness, curiosity, ingenuity, and tenacity were an inspiration to many. He was a true Renaissance man with an abiding faith. He was a beloved son and brother. Most of all, he loved his wife, Elizabeth. Being with her was his joy.

Memorials may be made to Henry’s favorite charity the Salvation Army.
To order memorial trees in memory of Dr. Henry G. Hollenberg, III, please visit our tree store.