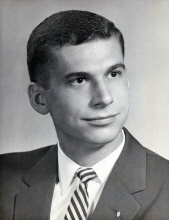 Funeral Services for Dr. Wilbur Gerard “Jerry” Beauregard, 85, of West Monroe, LA, will be held at 10:00 A.M., Friday, December 27, 2019, in the Feazel Chapel at First West, with Dr. Mark Fenn officiating. Entombment will be in Mulhearn Memorial Park Mausoleum in Monroe, LA, under the direction of Mulhearn Funeral Home, West Monroe.

Dr. Beauregard was born April 19, 1934, in Shreveport, LA, and passed away December 21, 2019. He was the only son of Wilbur George and Ida Peyton Colquitt Beauregard. He graduated from Bossier High School, where he was Valedictorian, served as President of the Senior class, was an avid varsity basketball player and played clarinet in the Bossier High School band. He attended LSU, where he earned a Bachelor of Science Degree (graduated Summa cum laude in pre-medicine: 1956). He served as the first President of his social fraternity, Phi Gamma Delta. He attained numerous honors at LSU: Phi Kappa Phi, Omicron Delta Kappa, Who’s Who, Phi Eta Sigma, and Alpha Epsilon Delta just to name a few. Upon being accepted by the Louisiana State University School of Medicine in New Orleans, LA, he graduated with honors (the top ten in his class: 1960), was accepted within the Alpha Omega Alpha chapter, was active in the Undergraduate Surgical Society and initially chose surgery as his specialty; however, upon his very last rotation during his internship, he was somehow guided to change his specialty to the field of pediatrics. He interned (1961) and completed a pediatric residency at Confederate Memorial Hospital in Shreveport, LA, (1961-1963).
Shortly thereafter, he proudly served for two years as a pediatrician within the United States Air Force; (attaining the rank of Captain) and was stationed at England Air Force Base in Alexandria, LA, (1963-1965). He was awarded a United States Air Force Commendation Medal. Upon evaluating several potential locations to “hang a shingle”, he and his beautiful bride, Jane Kathryn Polk Beauregard decided to settle in the West Monroe, LA; being the first established pediatrician to practice in this area. A tiny “temporary-fashioned building” was placed in a parking lot directly across from the original West Monroe Junior High on North 7th Street. Our mother manned the front desk, assisted him when necessary, performed all medical technology lab procedures (she was a medical technologist, a brand-new field at that time) and even hand-made the curtains to offer privacy for the modest establishment. At that time, medical advertising was strictly forbidden by the medical board; one business-card sized notification was all that was allowed to run once within the local newspaper. Word of mouth, maintaining spiritual faith, perseverance, skill and unprecedented bed-side manner eventually grew into a thriving, established pediatric private practice which spanned from 1965 until December 31, 1996. He was the leading catalyst/pioneer in the further perfecting and introducing the first Neonatal Phototherapy (Blue Light) to the northeastern portion of Louisiana in the 1970’s. He commissioned an electrician to assist him in the creation of the first “bilirubin-reduction light” at Glenwood Regional Medical Center. Countless premature infants, multiple birth infants, as well as many other high-risk newborns have been saved by this now routine ‘standard of care’ technology. In 2001, Glenwood Regional Medical Center dedicated the newly added Children’s Wing in his honor. His insatiable thirst for research and knowledge led him to numerous studies (within the private sector) which were published by journals throughout not only the United States, but across the globe. One such study on inner ear infection/blockage manifestations promoted bottle feedings to at least a 45-degree angle rather than the infant being placed in a supine position. He truly had a God given gift of diagnosing rare disorders/diseases among newborns.

He was an active member and deacon of First West (formerly First Baptist Church of West Monroe); singing in the choir, playing clarinet, bass clarinet (which he learned in his later 60’s) and at the young age of 70 miraculously mastered the bassoon (playing first chair for the several years within the church and Twin Cities Orchestra under Jack White). Dr. Beauregard meticulously hand-fashioned his own double reeds, (attended double-reed instrument conventions throughout the United States), was an avid amateur photographer, writer of over 1,800 limericks among many other creative styles of writing, tennis player, golfer, sailor, botanist, model air-plane flyer, U.S. Continental and world traveler (majority of Europe, Russia, Asia, Australia/New Zealand to name just a few), history buff especially WWII.

His primary passion however was caring for countless sick children and also keeping abreast in the prevention of disease. As he was quite statuesque, he began wearing bowties….to appear less ‘intimidating due to his size’. Children began calling him, “Dr. Bowtie” as Beauregard was quite difficult to pronounce…

During the 1970’s and 1980’s he along with several other medical colleagues unselfishly gave of their precious “free time” to carry out mission trip endeavors: one being providing medical attention for the children of the Navajo Indian Reservation in New Mexico.
The small town humble boy who grew up on a farm in Benton, LA, who had a vision to become a physician truly left his mark on this planet; placing all others before himself, maintaining constant poise, dignity, never giving up on a patient until a correct diagnosis had been achieved; all the while demonstrating complete unconditional love for his patients, his family, friends, fellow church members, community, providing numerous charitable acts that went unnoticed. The days of house-calls, personally calling patients after hours to monitor their status/improvement of health, waking up at 3:00 A.M. to meet a patient at his office saving them a trip and the expense of going to the Emergency Room, his gentle deep voice, his compassionate and healing touch, and his immeasurable adoration of his wife of 54 years and family. He placed his faith above all else…trust in the Lord, never stop learning always do your best….

“Each one of us can reflect and remember someone who made a great difference in our lives…someone whose WISDOM or simple acts of concern made an impression upon us. Dr. Beauregard sought no recognition for these deeds other than his innate joy of knowing that by his God given attributes, another’s life had been changed for the better.”

He was preceded in death by his wife, Jane Kathryn Polk Beauregard.

Memorials may be made to Chennault Aviation and Military Museum.
To order memorial trees or send flowers to the family in memory of Dr. Wilbur Gerard "Jerry" Beauregard, please visit our flower store.