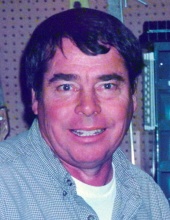 Ernest Ricker Breard, Sr., went to be with our Lord on March 15, at his home after a lengthy illness. Ernest was born on July 17, 1951, to Herbert L. Breard, Jr. and Lydell Wilson Breard. Ernest was preceded in death by his wife, Carol Ewbank Breard, his parents, and his father-in-law Edward Ewbank.

Ernest was a graduate of Neville High School Class of 1970 and the Colorado School of Trades as a master gunsmith. He worked in sales, and built and repaired many structures for his family and friends. You could always count on Ernest to build whatever it was with the biggest and best equipment, no matter the cost. One of his famous sayings was “be prepared at all times.” He was a true Southern Gentleman and an avid outdoorsman his entire life. He especially loved to go alligator hunting. Ernest was a veteran of the United States Army and traveled as a member of the Army Rifle Team. In fact, his picture is on the wall at the Chennault Aviation and Military Museum. He loved to tell stories of growing up on Bayou DeSiard with his siblings and friends.

The Rite of Christian Burial will be Sunday, March 20, 2022, at 2:00 at St. Matthew Cemetery under the direction of Mulhearn Funeral Home in Monroe, with Deacon Tom Deal presiding. A Celebration of Life will follow at his brother Morgan’s home.

Memorials may be made to Life Choices, Hogs for the Cause for children’s cancer patients, or Med Camps of Louisiana, Inc.

To order memorial trees or send flowers to the family in memory of Ernest Ricker Breard, Sr., please visit our flower store.