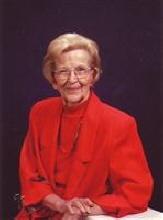 Evelyn was a member of St. Paul’s United Methodist Church for over fifty years and was a devoted member of Chapter AE of the PEO Sisterhood.

She was preceded in death by her devoted husband of 56 years, James M. (Jimmy) Nicholson, her father Henry B. Morrow, her mother, Estella Houston Morrow, her brothers, Henry Eston Morrow, John Morrow and Francis “Mid” Morrow. She is survived by her son Tom Nicholson and his wife Sue, her son John Nicholson and his wife Kate, her precious grandson Connor Nicholson, her daughter-in-law Judi Nicholson, her sister-in-law and close friend Bettie Morrow, numerous nieces, nephews, and cousins, and many friends that became her family during her 91 years.

Her family would like to express their sincere thanks to Dr. Madura Rangaraj and Dr. David Barnes, the fine staff at St. Francis Medical Center, and the devoted caregivers at Louisiana Hospice and Palliative Care. The family would especially like to acknowledge her many friends among the staff and residents of Azalea Estates who became her extended family in recent years.

In lieu of flowers, donations may be sent to St. Paul’s United Methodist Church.