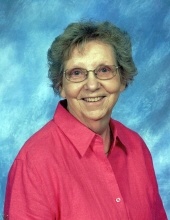 Mrs. Tarver was born on April 28, 1926, in Columbia, LA and passed away on December 11, 2018, in Monroe, LA. She was a member of McClendon Baptist Church in West Monroe, LA, where she sang with the Senior Adult Choir and also served on the bible for babies Ministry Team. Mrs. Tarver worked for South Central Bell for many years, and is preceded in death by her husband, Henry Tarver; parents, Tom and Vera Tingle; brothers, T. H. Tingle, Wilkins Tingle and Royce Tingle; and her sister, Vera Tingle Bulloch.

Visitation will be held from 10:00 A.M. until 11:00 A.M. on Friday at Mulhearn Memorial Park Mausoleum Chapel.

The family would like to give special thanks to Ridgecrest Community Care Center, The Oaks Nursing and Rehabilitation and Ascend Hospice Care for their loving and compassionate care given to Mrs. Tarver.

Memorials may be made to the McClendon Baptist Church Building Fund.
To order memorial trees or send flowers to the family in memory of Evelyn Tingle Tarver, please visit our flower store.