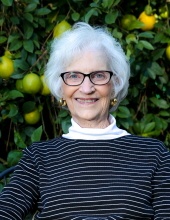 Memorial Services for Evelyn Wilson Ferguson, of Monroe, LA, will be held 10:00 AM, Saturday, March 31, 2018, in the chapel of Mulhearn Funeral Home, Sterlington Road, Monroe, LA.

Evelyn passed away at the age of 87 in her home on the morning of January 28, 2018, after complications following an inoperable stage 4 pancreatic cancer diagnosis in August 2017.

Born on January 20, 1931, in Jones, LA, Evelyn was the second of five daughters to William Harvey and Faye Wilson. She graduated from Central High School in 1950 and then moved to Natchez, MS where she married Randall Ferguson III (Bubba) in 1954.

Although she insisted that her obituary be ‘short’, it is hard not to reflect that she was a lovely and graceful lady throughout her life and always had loving relatives or dear friends surrounding her with support and companionship. She was zealously proud of her home, whether it was in Natchez, MS; Delhi, LA; overseas in Australia, Japan, or Singapore; or at her home in Monroe. To her immediate family she was affectionately known as ‘Mimsey’. She will be missed by many!

Evelyn is preceded in death by her husband, Randall Ferguson III, and a daughter, Lynn Louise Ferguson.