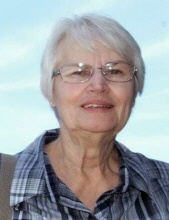 She worked as a loan processor at Central Bank and then BancorpSouth Bank for many years. She had many various hobbies, including reading, working puzzles and traveling. Ms. Flora loved her family dearly and was known by many as the sweetest person you would ever meet.

She is preceded in death by her sister, Faye McCubbin; and son -in-law, Joey Fletcher.