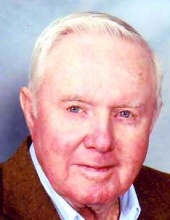 Frank was born in Rayville on June 10, 1932. He lived every day of his life on the farm and loved being a steward of the land that God gave him. He and his brothers were some of the first farmers in Richland Parish to incorporate irrigation by Center Pivot on their cotton farm. He was on the Board of directors of Rayville Producers Gin serving as president for many years. He also served as a board member of the Rayville Compress and Warehouse. He was also elected to the Richland Parish Police Jury.