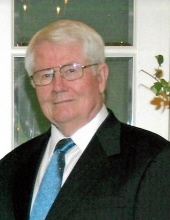 Funeral services for Guy Cecil "Buddy" Pardue, 84 of Mangham, Louisiana, will be held at 10:00 AM, Tuesday, December 11, 2018, at Mangham United Methodist Church with Rev. Marshall Sevier and Rev. Jimmy Wilkins officiating. Interment will follow in Gwin Cemetery under the direction of Mulhearn Funeral Home of Rayville.

Buddy was born on July 25, 1934, in Mangham, Louisiana, and passed away on December 9, 2018, at St. Francis Medical Center. He was a member of Mangham United Methodist Church. Buddy graduated from Mangham High School in 1952 and Northeast Louisiana State College in 1956. After graduation, he served in the military at Fort Ord in Monterey, California. He was a lifelong farmer and rancher, as well as an avid hunter and fisherman. Buddy served on the board of directors of First National Bank and later First Republic Bank of Rayville for many years. He was a past president of Four Forks Gin Cooperative and Richland Parish Cattlemen's Association, a board member of Rayville Compress, and a member of Winnsboro Hunting Club.

Buddy was preceded in death by his wife of 60 years, Gloria Pitman Pardue, and his parents, Claud Daniel and Cecil Gwin Pardue.

The family wishes to express their sincere appreciation to Dr. Ralph Abraham and Dr. Kyle Bruyninckx for their kindness and steadfast attention to care. A special thank you from the family is also extended to Thelma Harris for her many years of loyalty and devotion.

Visitation will be at Mangham United Methodist Church from 9:00AM until time of service Tuesday, December 11, 2018.

Memorials may be made to Mangham United Methodist Church.