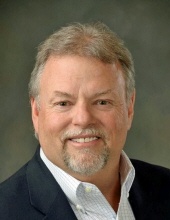 Visitation for friends and family will be held on Thursday, January 31, from 4-8 p.m. at Mulhearn Funeral Home in West Monroe.

He died suddenly January 29, 2019 in Arnaudville, LA while visiting friends.

Jack was very involved in the Twin Cities, as a businessman and banker. After serving as a Petty Officer in the United States Navy from 1974 to 1980, he graduated with a degree in Business Management from Northeast Louisiana University and enjoyed a career in banking with American Bank, before starting Ranger Steel Erectors in 1998. He later joined Homeland Bank, where he most recently served as Senior Vice President of the Monroe Region.

Jack loved the outdoors, whether he was hunting or fishing or riding his Harley Davidson, and was very active at West Monroe High School, where he graduated in 1974. He was a former Rebel Club President, and was instrumental in helping in the building of the Rebel Club Pavilion.

He was preceded in death by his mother, Betty Lucas Black of Noodle, Texas.