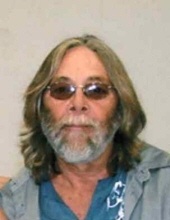 Private memorial services for Mr. James David Lake of Winnsboro, LA will be held at a later date. Arrangements are under the direction of Mulhearn Funeral Home Winnsboro.

Mr. Lake was born January 28, 1956 in Plaquemine, LA and passed from this life on December 13, 2019 in Winnsboro, LA at the age of 63. He loved his puppies, taking care of his yard, cooking, and spending time with family and friends. He was an easy-going and happy person who never met as stranger. James was loved by all who knew him and he will be greatly missed.

Survivors include his wife of 28 years Connie D. Lake of Winnsboro; his daughters, Stormy Rae Lake of Bastrop and Shannon Watt and husband, Daniel of Bastrop; his sons, Charles Schafer and wife, Jessi of Baton Rouge, Paul Schafer of Jonesville, and Travis Schafer and wife, Meagan of Baton Rouge; his sister, Melissa McDougle Ezell and husband, Pete of Winnsboro; eight grandchildren, Hannah, Dominick, Derick, Destiny, Steven, Sierra, Lexi and Keithen; also survived by a host of extended family and friends.
To order memorial trees or send flowers to the family in memory of James David Lake, please visit our flower store.