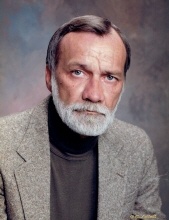 Memorial services for Ken Fletcher Booth, 76, native of Monroe, LA, will be held at 2:00 PM, Tuesday, December 10, 2019, in the chapel of Mulhearn Funeral Home, Sterlington Road, Monroe, with Dr. Randy Harper of Bossier City officiating. Visitation will be 1:00 PM until service time, Tuesday at the funeral home.

He grew up in the cotton fields and cattle pastures of Richland Parish.

Ken had a phenomenal career that has touched so many for 50 plus years. Starting in radio and then News Director at KNOE TV. He was widely recognized for hard hitting investigations involving government fraud and abuse.

Ken’s most treasured accomplishments are his four children. His proudest career accomplishment was reporting as a White House correspondent for 19 years while covering the overseas summits and State visits of Presidents Nixon, Ford, Carter, Reagan, and George H.W. Bush.

He lived his later retirement years out in Yuma, Arizona at the foot of the Gila Mountains while still keeping everyone informed of current events through Facebook and of course his story telling. He gave everyone eyes to see what he sees through his eyes – the Arizona that he loved so much.

In lieu of flowers donations can be made to St. Jude Children’s Hospital in his name.