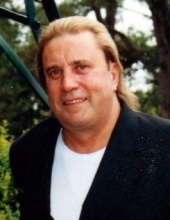 LeRoy Smith, Jr., 71, of Tallulah, LA, passed away on June 26, 2019, after a brief illness.
A gathering of family and friends will be held from 2:00 P.M. until 4:00 P.M. Friday June 28, 2019, at the First United Methodist Church in Tallulah, LA. Private burial will be held at a later date.
Mr. Smith was born in Jackson, MS, on April 15, 1948. He was a 1966 graduate of Tallulah High School and attended Northeast Louisiana State College in Monroe, LA, and Louisiana State University in Baton Rouge, LA, where he received his juris doctorate degree in 1972.
He returned to Tallulah where he went into practice with his mother and formed the Mulhearn and Smith law firm. His practice covered the broad spectrum of legal issues until recent years when he specialized in criminal and divorce law. Additionally, he served as the Chief Public Defender for the Sixth Judicial District Indigent Defender Board. He was a member of the First United Methodist Church in Tallulah, LA, American Association of Premier DUI Attorneys, National Association of Criminal Defense Attorneys, Louisiana Association of Criminal Defense Attorneys, and Louisiana State Bar Association.
He was preceded in death by his parents, LeRoy Smith and Alwine Mulhearn Smith Ragland. Survivors include his children: Blair Lewis Smith of Baton Rouge, LA, and Lana Rochelle Smith of Houston, TX; his sister, Caroline Smith Christman and husband Albert of Delhi, LA; nieces, Meredith Miller and husband Bailey of Transylvania, LA, and Fran Nixon and husband Steven of Clinton, MS; and great nephews, Price, Nicholas, and James Albert Nixon of Clinton, MS, and Cooper and Mason Miller of Transylvania, LA.
It is requested that memorials be made to either the First United Methodist Church, 300 South Cedar Street, Tallulah, LA 71282, St. Jude Children’s Research Hospital, P O Box 1000, Dept 142, Memphis, TN 38101-9908, or the charity of your choice.
Online Registry/Condolences: www.mulhearnfuneralhome.com