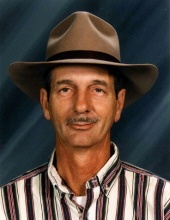 Mr. Jones passed away at 8:55 p.m., Monday, October 8, 2018 at Brooke Haven Health Care.
He was born August 13, 1946, in Winnsboro, Louisiana, to Louie Jones and Lucille McKaskle Jones. Mr. Jones was a veteran, having served in Korea with the United States Army. He worked as a police officer in Ocean Springs, Mississippi from 1976 until 1988; was also a shrimp boater, carpenter and farmer. After moving to the West Plains area he was a bus driver and custodian at Glenwood School for ten years. He loved hunting, fishing, dancing and spending time with his grandkids. Mr. Jones was a Master Mason at Woodside and Bayou Lodges.

His parents preceded him in death.

Interment will be in Fort Necessity Baptist Church Cemetery-- Winnsboro, LA, under the direction of Mulhearn Funeral Home of Winnsboro, LA.
To order memorial trees or send flowers to the family in memory of Louie Derwood Jones, Sr., please visit our flower store.