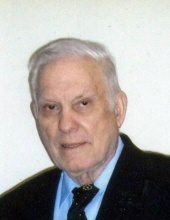 Mr. Pipes was born on March 29, 1931, in Monroe, LA and passed away on January 29, 2020, in Monroe, LA. He graduated from Calhoun High School where he then attended Louisiana Tech and NLU and earned his BS and MS degrees. He was a high school teacher and coach in Louisiana and then a business broker and realtor in Florida. Louis played pitcher for Louisiana Tech and was offered a contract by the Boston Red Sox, but turned it down to pursue education and become a coach. He gave credit to his Dad for his lucrative career in the business world. Louis served two years in the United States Army during the Korean War. He liked to plant a big vegetable garden and share produce with his neighbors. Louis was a man of Christian faith who loved and served God. He is preceded in death by his parents, Bishop N. Pipes, Sr. and Alice L. Pipes; brothers, Robert Pipes and Bishop N. Pipes, Jr.; sister, Dorothy Cross.

The family would like to give special thanks to Bill Humble and Pauline Antley.
Visitation will be held from 10:00AM until service time at the church on Monday, February 3, 2020.

In lieu of flowers the family requests memorials be made to your favorite charity.