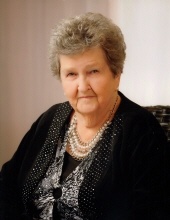 Funeral services for Mary Arlene Cherry, 92, of West Monroe, will be held at 11:00 AM Monday, December 17, 2018, in the chapel of Mulhearn Funeral Home, Monroe, with Keith Jesselink officiating. Interment will follow at Mulhearn Memorial Park Cemetery. Visitation will be from 5:00 PM until 7:00 PM Sunday at the funeral home.

Mrs. Cherry was born December 4, 1926, in Hodge, LA, and passed away Thursday, December 13, 2018, at Glenwood Regional Medical Center. She loved spending time with her family. Mrs. Cherry never turned a kid away! She was sassy, loved to laugh, and loved so big.