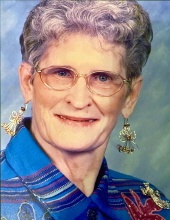 Memorial Services for Mrs. Mary Ward Franklin Mauldin, 94, of West Monroe, LA, will be held at a later date in June.

Mrs. Mauldin was born January 31, 1928 and passed away April 3, 2022. She attended business school for 2 years, then she was a dental assistant in Minden and Monroe. After that, she worked at Howard Brothers, as a bookkeeper and that is when she met Hubert Mauldin and they were married, and she became a homemaker. Mrs. Mauldin was a member of Highland Baptist Church, where she was very active and taught the 3-year-old Sunday School class for many years. She loved cooking sweets and taking them to her friends and the church office, where they called her “Saint Mary”.