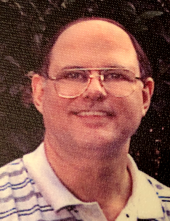 Mitchell J. Goldman was born in Brooklyn, New York to Paul and Gertie Goldman on January 7, 1943 and passed away on March 5, 2019.

Mitchell graduated from St. Matthew High School, in Monroe, Louisiana in 1960. He attended both LSU and ULM majoring in Journalism. He joined the United States Air Force in 1964. He spent the majority of his career in Radio and Television Broadcasting. Mr. Goldman is preceded in death by his parents Paul and Gertie Goldman, and his older brother, Phillip. He is survived by his brother, James and wife, Nelia (Candy); sister, Marilyn Ritter and husband, James (Skeeter); and numerous nieces, nephews and cousins.

There will be a private Family Service under the direction of Mulhearn Funeral Home, Sterlington Road Monroe on Thursday March 7, 2019.

The Family wishes to thank the entire staff on the Northeast Louisiana War Veterans Home in Monroe, and the Doctors and staff of Overton Brooks VA Medical Center in Shreveport.