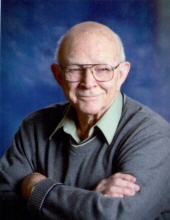 Funeral arrangements for Morris Russell Harrison, born June 19, 1929, in Monroe, LA, will be 2:00PM Friday, January 11, 2019, in the Chapel of Mulhearn Funeral Home, Sterlington Road, Monroe with Rev. William Smith officiating. Interment will be in Kilpatrick’s Serenity Gardens Cemetery in West Monroe. Visitation will be from 1:00PM until service time at the funeral home.

Russell was a member of Lakeshore Baptist Church. He was also a member of the Society of Industrial Archeologists, Charter member of the Illinois Central Historical Society, Louisiana and Mississippi Division, The American Legion and The Veterans of Foreign Wars. As a young boy after school, Russell helped his father in his electric shop, Monroe Armature Works. He continued in this field until he retired in 1991. He is predeceased by his father and mother, Morris Sheppard and Blanche Hamilton Harrison.

After graduating from Ouachita Parish High School in 1946, Russell attended Northeast Junior College, now ULM. Leaving college to join the Navy, he served four years aboard the USS Jason during the Korean Conflict. On his last leave home before being honorably discharged in 1954, Russell met his wife-to-be, Dolores Stewart. They were married January 15, 1955. They made Monroe their permanent home.

After retirement, Russell pursued many hobbies. The first being to travel with his wife in a tour group through most of the United States. Being an avid reader, he now had time to enjoy reading the many books and publications of history and geography and his life long interest in steam engines. He also read many publications about his trade and wrote and contributed articles in some of these trade magazines. In addition to these hobbies, Russell really enjoyed visiting flea markets and searching for various items he was interested in, collecting and restoring many of these items.

Our Family wishes to thank the medical caregivers who attended to our husband, father, grandfather and great-grandfather. We especially want to recognize the nurses at St. Joseph's Nursing Home and Hospice Compassus for their loving care and concern during this final illness.

Grandsons will serve as pallbearers.