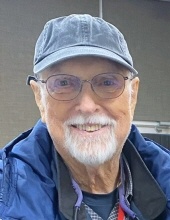 Retired Army Captain, Nelson Ellis Rogers, 82, of West Monroe, Louisiana, went home to be with his Lord and Savior on Thursday, December 30, 2021, while visiting his daughter in Williamsburg, Ohio.

He was selected and attended Officer Candidate School in Ft. Gordon, Georgia, graduating 1st in his class and was the Honor Graduate from Signal Officer’s Training School in 1965. Because of his long military career, our family was blessed to live and see the world while stationed in Mons, Belgium; Izmir, Turkey; and, Naples, Italy.

After his military retirement, he went to work for Henkles & McCoy as a telecommunication engineer and then as General Manager of Construction with Henkles in Dallas, TX. He then finished his working career at Netcomm Data Services, where he joined his son, Tom, in telecommunication work performed all over the country.

Our Dad loved sports and was a walking encyclopedia about players and where they played their collegiate careers, their stats and where they played professionally. He played all types of sports while growing up in West Monroe and also throughout his time in the military. He excelled not only as a player but was also a successful men’s fastpitch softball and football coach.

Dad loved his LSU Tigers! Saturdays were all about watching the game with his dear friends, Bob and Sandy Sale and always eating great food. He looked forward to that time spent with friends and family cheering on LSU!

We all are so proud of our Dad, and because of his great wit and humor, he was known to our friends growing up as “the cool dad.” He was certainly that and so much more!

Our family extends its deepest thanks and appreciation to Paul and Kelly Coburn for every kindest shown our Dad during his residency at The Gardens at Georgia Tucker. To all the residents there, we extend our thanks for your friendship through the years; and, to the management, staff and employees we thank you for all your kind efforts in making our Dad feel at home. May God bless you all!

Dad rarely complained, stayed eternally optimistic and always found the high road when dealing with difficulties. He was so quick with his humor and was a true soldier to the end.

Memorial Services will be held at 11:00 A.M., Friday, October 14, 2022, in the chapel of Mulhearn Funeral Home in West Monroe, LA, with Curtis Rogers and Rev. Robin Roark officiating. Burial with full Military Honors will follow at Northeast Louisiana Veteran Cemetery in Rayville, LA. Visitation will be held from 10:00 A.M. until service time on Friday.