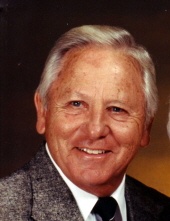 Fred E. Robertson saw his Jesus face to face on August 29, 2018. Born on November 24, 1928, he was 89. He was loved and admired for his great wisdom and his sense of humor. Fred was the youngest son of Jimmie Deal Robertson and Oscar Brothers Robertson. He was born in his maternal grandfather’s home but when he lost both his parents as an infant, his grandfather, James Deal, became the only father Fred knew. Fred learned many things from his grandfather from plowing with mules to serving the Lord. When his grandfather drove from Weir, Mississippi to Start, Louisiana, for the first time, Fred was his traveling companion. In God’s providential way, Fred met his future bride on that trip. On the day he met her, Fred walked Aline Adams down what would one day be known as Brimberry Road. From that day forward, Fred was smitten. Fred and Aline married on September 12, 1947. Fred and Aline immediately moved to St. Louis, Missouri, where they both were employed. A few years later, however, their deep family roots called them back to Louisiana. There they began their family, first with son James and then daughter Sondra. Family, however, was not the only call on Fred and Aline’s life. In 1952, Fred and Aline’s heavenly Father called them both to ministry. With a commitment born of their faith in God and His work in their lives, Fred and Aline and their two small children moved to Mississippi College in Clinton, Mississippi, to complete their education in preparation for their ministry. Fred and Aline both worked and finished their degrees. They eventually worked and studied their way through master’s degrees at New Orleans Theological Seminary. Fred began his pastoral ministry during Mississippi College days with Aline a full partner in his ministry. The mutual call on their lives and their unequivocal love for each other knitted them into a capable, blessed ministry team. Fred and Aline’s ministry called them to Zebedee, Mer Rouge, Hebron, Union, Parkway Natchez, Canton First Baptist, Horseshoe Drive Alexandria, and Bowmar Vicksburg, with long term ministries in Natchez and Vicksburg. Fred also served in leadership positions as Vice President of the Mississippi Baptist Convention, trustee at Mississippi College, and president of regional pastors’ associations. Even after his official retirement, Fred served in interim positions in the northeast area of Louisiana.

Fred was preceded in death by his grandparents, James and Margaret Deal, his parents, and his four brothers, Oscar (Buddy) Robertson, Ed Robertson, John Robertson, and James Deal, and his sister Mary Deal (Glenn) Sutherland.

In lieu of flowers, gifts may be sent to Start Baptist Church Building Fund.
To order memorial trees or send flowers to the family in memory of Rev. Fred Robertson, please visit our flower store.