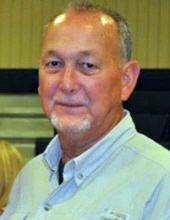 Funeral Services for Ronnie Edwin Stover, 67, of Dubach, LA will be held at 2:00PM Tuesday, December 4, 2018 in the chapel of Mulhearn Funeral Home, West Monroe with Bro. Johnny Brady and Stan Wade officiating. Interment will follow in Henry Cemetery, Dubach.

Ronnie was born March 20, 1951 in Stephenville, TX to the union of Harvey and Viola Stover and passed away on December 1, 2018 at his home surrounded by his family. He was employed with Malone and Hyde for 34 years. Ronnie loved riding his Harleys, fast cars, and spending as much time as possible with his family and friends. He was a member of White’s Ferry Road Church of Christ.

He is preceded in death by his parents; Harvey and Viola Stover; brothers, Bill Stover and Murwyn Stover.

Memorials may be made to St. Jude’s Children’s Research Hospital.