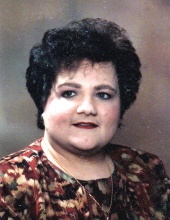 Funeral services for Sara Gail Zagone, 61, of Monroe, will be held at 10:00 AM Tuesday, June 5, 2018, at Our Lady of Fatima Catholic Church with Rev. Job Edathinatt and Rev. Paul Thunduparampil officiating. Interment will follow at Mulhearn Memorial Park Cemetery. Visitation will be from 5:00 PM until 7:00 PM Monday with a Vigil Wake service at 6:30 PM at Mulhearn Funeral Home, 2308 Sterlington Road, Monroe.

Ms. Zagone was born March 26, 1957, in Monroe, LA, and passed away Saturday, June 2, 2018, at her residence after a lengthy illness. She attended NLU. Ms. Zagone was a member of Our Lady of Fatima Catholic Church and a Eucharistic minister. She was employed at several banks including Central Bank – Chase, and Iberia Bank and retired from Cross Keys Bank.

Ms. Zagone was preceded in death by her parents, Joseph A. and Mary A. Spera Zagone.

Survivors include her sister, Sylvia Zagone Bartlett; and many cousins and friends.

The family wishes to extend a special thanks to Dr. Ghanta and Dr. Hwu in Houston.

Memorials may be made to Pilots for Patients or Our Lady of Fatima Altar Society.

Our Lady of Fatima Catholic Church