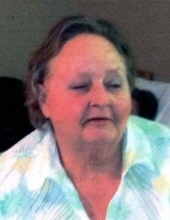 Services for Shirley Dianne Martin, 69, of Ridgecrest, Louisiana, will be held at a later date, under the direction of Mulhearn Funeral Home in Winnsboro, Louisiana. Shirley passed away on Monday, December 10 at Heritage Manor Nursing Home in Ferriday, Louisiana.

Shirley was born in Winnsboro, Louisiana on May 3, 1949. She was preceded in death by her husband, Robert William Martin; father, Alvin Lauren Russell; mother, Irma Lee Russell Gossett; and sister, Abigail Lynn Baroni.