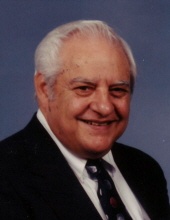 Funeral Mass Celebrating the Life of Mr. Vincent Charles Cicero, 95, of Monroe, LA, will be held at 10:00AM Wednesday, January 22, 2020, at Jesus the Good Shepherd Catholic Church with Rev. Keith Garvin officiating. Interment will follow at Mulhearn Memorial Park Mausoleum under the direction of Mulhearn Funeral Home Monroe.

Mr. Cicero was born in Monroe, LA, on December 4, 1924, and passed away on January 19, 2020, at the Northeast Louisiana War Veterans Home in Monroe. Mr. Charles was a Navy veteran of World War II. He was a member of Jesus the Good Shepherd Catholic Church and the PMC. Mr. Charles was the owner and operator of Forsythe Curb Market for 23 years.