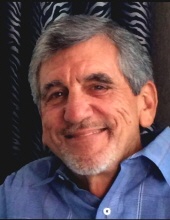 Graveside funeral services for William Hale Boyd, 72, of Monroe, LA will be held at 10:00 AM Saturday September 21, 2019 at Beulah Methodist Cemetery in Calhoun, LA with Rev. Jerry Hebert officiating, under the direction of Mulhearn Funeral Home in Monroe, LA.

William was a graduate of Rayville High School and received his B.S. Degree from Northeast State College in 1968. He was a United States Army Veteran serving during the Vietnam War, as a nuclear explosive disposal expert. He was retired from the U.S. Department of Agriculture as a Soil Scientist.

He was preceded by his parents, Hale and Eula Boyd.

In lieu of flowers, memorials may be made to St. Jude Children’s Research Hospital.
To order memorial trees or send flowers to the family in memory of William Hale Boyd, please visit our flower store.