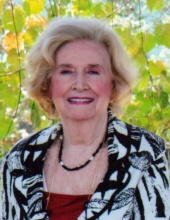 Funeral services for Mrs. Alberta “Bert” Myers, 92, who died Aug. 15 in Monroe, will be held at 2 P.M. Friday, Aug. 26 at Trinity Lutheran Church with Rev. Gary Held officiating. Visitation will be held 1-2 P.M. at the church. Interment will follow in Mulhearn Memorial Park Cemetery Mausoleum.

Bert taught English to seventh graders in Fort Lauderdale, where she met Jim on a blind date. The couple married July 14, 1954, in Johnson City. Their marriage lasted 68 years.

Bert and Jim lived in various cities and in 1967, they moved to Monroe, where they raised their three children.

She enjoyed homemaking, gardening, volunteering at E.A. Conway Memorial Hospital, and was an avid reader. She especially enjoyed travel several times to Europe and to Australia and Kenya.

Bert worked in retail and sold real estate. She was a member of Trinity Lutheran Church, the Monroe Garden Club and the Monroe Symphony League.

She had a strong faith in God and was a beloved wife, mother and grandmother, always placing the needs of her family above her own. Bert considered her children and grandchildren her greatest reward and loved them dearly.

In lieu of flowers, memorials may be made to Trinity Lutheran Church or to a charity of choice.

To order memorial trees or send flowers to the family in memory of Alberta "Bert" Myers, please visit our flower store.