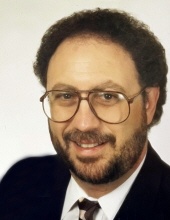 Funeral service for Mr. Amico Joseph Rizzuto will be held 10:00AM Saturday, July 16, 2022, in the chapel of Mulhearn Funeral Home Sterlington Rd. Monroe with Deacon Bill Goss officiating. Interment will follow in Mulhearn Memorial Park Cemetery. Visitation will be from 9:00Am until service time at the funeral home.

Amico was born December 29, 1954 in New Orleans to Martha Cecile and James Nicholas Rizzuto Jr. He was educated in New Orleans schools and graduated with a BA in Business (Accounting) from University of New Orleans. During his career, he worked as an accountant for Odeco and Murphy Oil and as an auditor for several banks. He also worked with his brother in Jimmy's AAA Business Signs company as well as being a life insurance agent and a real estate agent. He was briefly married to Connie Crumhorn, with whom he had a son Brad, before beginning a 16-year marriage to Anita Louise Gonzales who preceded him in death in 2008. They had a daughter, Brooke. Amico married Peggy Elliott on June 28, 2015 and gained stepchildren Chelsea and Kirk. Known as "Pops" to Brooke and as "Mico" to Peggy, he was proud to be named after Saint Amico, who was a saint who healed children. He was an avid supporter of St. Jude's Hospital and the Knights of Columbus. Amico was politically conservative and had a lifelong love of all types of dancing (especially ballroom and disco) and science fiction movies.

He was preceded in death by his parents.

To order memorial trees or send flowers to the family in memory of Amico Joseph Rizzuto, please visit our flower store.