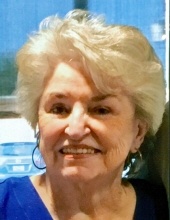 Betty Sue Griggs-Knowles was born March 27, 1941 and passed away January 30, 2022. She was a member of Hyde Park Baptist Church in West Monroe.

She was preceded in death by her parents, Jesse W. and Eva Lea; her husband of 48 years, Jerry Griggs, Sr.; and second husband, George David Knowles.

Memorials may be made to St. Jude Children’s Research Hospital, American Cancer Society, or to Northeast Louisiana Veterans Home.
To order memorial trees or send flowers to the family in memory of Betty Sue Griggs-Knowles, please visit our flower store.