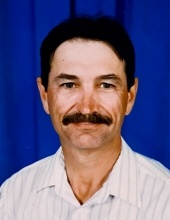 Bob was born on October 13, 1951, in Lake Charles, LA, and passed away peacefully at home on August 11, 2021, in Jonesville, LA, after battling blood cancer the last few years. He attended West Monroe High School before joining the Army in April of 1969. Bob was an iron worker by trade and a member of the Iron Workers Union Local 710. He also spent many years traveling as an inspector, first on fiber optic cable, then finishing his career on the pipelines. He enjoyed being outdoors hunting and fishing and fixing things around the house. He was happiest when spending time with friends, jamming to music, and picking on the guitar. He was married to his wife, Nan, for 43 years to the day.

Bob is survived by his wife and best friend, Nan Jordan; his daughter and her husband, Cathi and Thomas Kendrick; three grandchildren: Kelsey, Jordan, and Taylor Kendrick; one brother, Dwain Jordan; one sister and her husband, Sylvia and Bo Perkins; sister in-law, Faye Jordan; two brothers in-law, Bill Black and wife Lola; Mark Clayton and wife Debbie; as well as many nieces, nephews, and many special friends.

In lieu of flowers, the family suggest making a tax-deductible donation to the Tunnel to Towers Foundation found here https://dogood.t2t.org/give/320847/#!/donation/checkout. The Tunnel to Towers Foundation builds mortgage-free smart homes designed to address the unique needs of the most catastrophically injured veterans and first responders.
To order memorial trees or send flowers to the family in memory of Bob Merwyn Jordan, please visit our flower store.