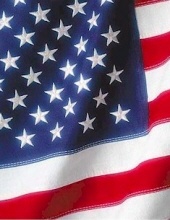 Bobby loved everything to do with farming, gardening, and the outdoors. He graduated with a Bachelor’s degree in Real Estate and Business from the University of Hawaii. In 1974, he became a Master Mason. Mr. Wooten was also a Veteran of Vietnam and retired as an Administrative Supervisor from his service in the United States Air Force.

Survivors include his four daughters, Pam Quarles and husband Todd of Ruston, Louisiana, Tanja Wooten of Hot Springs, Arkansas, Christel Danning and husband Jim of Joshua, Texas, and Sarah Brantley and husband Justin of Farmerville, Louisiana; his son, Reginald Beatty and wife Linda of Henderson, Nevada; as well as numerous grandchildren, nieces, and nephews.
To order memorial trees or send flowers to the family in memory of Bobby Joe Wooten, please visit our flower store.