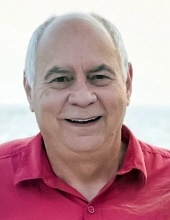 Bryan Wade Russell of Monroe was born on January 17, 1957, and died on Friday, January 7, 2022, at the age of 64. He was raised in Rayville and graduated from Louisiana Tech University in 1982 with a dual degree in Architecture and Civil Engineering. He built his career in Monroe, founding and operating Datum Architects and Engineers for 25 years. At the time of his death, he served as architectural/engineering manager at BAS Construction.

He is preceded in death by his parents, Wade Russell and Lucille Russell as well as his sister, LaJuan, brother, Russ, and mother-in-law, Gracie Arnold.

Bryan is survived by his wife of 41 years, Paula Arnold Russell; by his three daughters, their husbands and eight loving grandchildren; Lea Russell Sheppard and husband Clint, Elli and Caleb; Kate Russell Heavener and husband Ryan, Lena and Alice; and Erin Russell Green and husband John, Anna, James, Thomas, and Gracie; by his brother and his wife, Lyle and Miriam Russell; by his father-in-law, Bud Arnold, and by numerous nieces, nephews, extended family, friends and beloved cat, Georgie.

Bryan’s life was characterized by love. As the oldest brother of 3, he was revered for his leadership, boldness, and oftentimes stubbornness. He selflessly cared for both his mother and his father throughout their lives, especially in their final years.
One of Bryan’s greatest joys was giving to his children and grandchildren. He loved to design, create and build for those he cherished, leaving behind many treasured, tangible gifts. As the father of three girls, Bryan was sure to provide plenty of adventure, including skiing, camping, riding dirt bikes, and traveling. Other interests of Bryan included fishing, LSU football, music (a self-taught guitarist), carpentry, and learning new things.

Bryan’s love for the church was evident in the many ways he served. Throughout his years, Bryan taught many Sunday School classes, where he made some of his dearest friends. He served as a Deacon, and his generosity and love for Christ impacted many. His personal relationship with Jesus is the reason Bryan was the man he was – selfless, compassionate, and certain of his salvation. He was always sure to share his faith with those around him and desired nothing more than for others to experience the grace and freedom in Christ.

Family was everything to Bryan. His wife Paula was his true love and soulmate. Their marriage was centered around the love, steadfastness, and grace of Jesus. No man was prouder of his children than Bryan. Lea, Kate and Erin were his pride and joy, and he was sure to tell all of his friends and coworkers about them at any given chance. His girls provided plenty of drama but so much more joy to his life, blessing him with 8 grandchildren. If Bryan could do anything in the entire world, he would choose to spend time with his family, bribing the grandchildren with candy and being sure to push them on the swing or ride them on the four-wheeler. The legacy he leaves for his family is one of unconditional love and relentless pursuit of relationship with Christ, and he will always be honored through the lives of his kids, grandkids, and future generations.

In lieu of flowers, the family requests donations be made to St. Jude Children’s Hospital.
To order memorial trees or send flowers to the family in memory of Bryan Wade Russell, please visit our flower store.