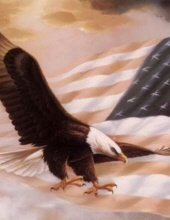 C. Randolph Brown (1925 2021)
Mr. Brown passed away peacefully late Friday afternoon, July 9 at his home in Monroe, Louisiana.
Funeral service for Mr. C. Randolph Brown will be held for family and close friends at 10:30AM Tuesday, July 13, 2021, at Grace Episcopal Church with The Rev. Don Smith officiating. Entombment in Grace Episcopal Columbarium will follow the service under the direction of Mulhearn Funeral Home Sterlington Rd. Monroe.
Mr. Brown was a long-time resident of Monroe Louisiana and member of Grace Episcopal Church.
Mr. Brown graduated Culver Military Academy with training as a Calvary Officer and went on to attend Virginia Military Institute where he was inducted into the U. S. Army as a 2nd Lieutenant in 1943. He fought in WWII, as a Forward Observer, in various campaigns in the South Pacific, eventually attaining the rank of Captain by the wars end. Mr. Brown was awarded 3 Bronze Stars and a Purple Heart during his time as a combat officer. Shortly after the war’s end Mr. Brown was sent to Korea as an Intelligence Officer for 1 year. Mr. Brown was an active member in the Army Reserve and retired with the rank of Colonel.
Upon his return to the States, Mr. Brown graduated LSU with a BS in geology, then Tulane Law School and eventually attended Harvard where he graduated in the school’s Advanced Management Program for Business.
After graduating Tulane Law, Mr. Brown went to work with his father at the law firm of Shotwell, Brown & Sperry, one of the oldest law firms in North Louisiana. Early in his career he left the firm and went to work at Olincraft, Inc. now Riverwood International Corporation, where he became the General Counsel and Secretary to the Board of Directors. The company had plants in 28 countries and around 1 million acres in North and Central Louisiana. Mr. Brown was a pioneer in the oil and gas industry and environmental law.
Some years later Mr. Brown returned to Shotwell, Brown and Sperry and became the Managing Partner until his retirement at 86. Mr. Brown was lovingly cared for by his 3 caretakers, Mary Potter, Glendora Jackson and Linda Mitchell.
Mr. Brown is predeceased by his wife Jean Kennedy Brown to whom he was married for 65 years. He is survived by 3 children, Martha Susan Brown, Stephen Brown and Stuart Brown and has one grandchild J. P. Jaudel.
Online Registry/Condolences: www.mulhearnfuneralhome.com
Mulhearn Funeral Home
Sterlington Road, Monroe, LA
To order memorial trees or send flowers to the family in memory of C. Randolph Brown, please visit our flower store.