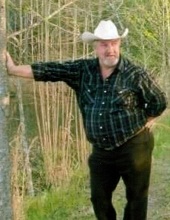 Funeral Services Celebrating the Life of Carl Junior Smith, 66, of West Monroe, LA, will be held at 2:00 P.M., Saturday, February 26, 2022, in the chapel of Mulhearn Funeral Home in West Monroe, LA, with Bro. Stephen Rainwater officiating. Interment will follow in the Legion Memorial Cemetery in Newellton, LA.

Mr. Smith was born on September 17, 1955, in Monroe, LA and passed away on February 21, 2022. He was a very hard worker who worked in the oilfield for many years and later was a devoted employee with St. Francis Medical Center. He is preceded in death by his parents, John and Lillan Smith; six siblings, Mary Purdion, Little Johnnie Smith, Walter Smith, Howell Smith, Edward Smith, and Joseph Wayne Smith; and a very special nephew, Heith Allen Smith.

Visitation will be held from 5:00 P.M. until 8:00 P.M. on Friday, February 25, 2022, at Mulhearn Funeral Home in West Monroe, LA.
To order memorial trees or send flowers to the family in memory of Carl Junior Smith, please visit our flower store.