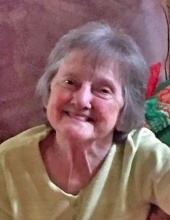 Carolyn is preceded in death by her husband of 60 years, Jerry Earl Smith; a son, Troy Earl Smith; and two grandsons, Adam Smith and Chaneri Smith.

Carolyn was a lifelong resident of Louisiana, where she graduated from Hicks High School in Vernon Parish with honors and a collegiate scholarship. She married Jerry in 1961 and eventually settled in Ouachita Parish, where they started a family and lived for the remainder of their lives. Her proudest achievement in life centered around her family life with Jerry and their 3 sons and the many projects and side jobs Jerry always had going on. She was an avid gardener for many years and she and Jerry loved their land they lived on for 42 years. Carolyn’s other passion was working with the elderly population which led her back to school in the early 1980’s, where she obtained her LPN license. Carolyn spent her entire career working as a nurse and director of nurses’ aides in the nursing home setting. All who were close to Carolyn knew her as a driven, tough lady who was a formidable force despite her small stature. Her sons often joked she acted like she was 6’5” despite her 5’0” stature. Family members, especially her grandchildren and sons have endless stories about her and often tell them to each other with fondness. Carolyn was an open believer in Jesus Christ and discussed her faith many times in the last several years of her life with her sons and family. Momma and Mawmaw will be sorely missed by her family who will always keep her in their hearts, conversation, and memory.

To order memorial trees or send flowers to the family in memory of Carolyn Myers Smith, please visit our flower store.