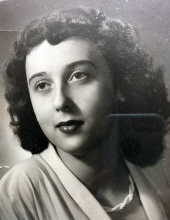 Mrs. Pettit attended Ouachita High School before marriage to James P. Pettit. She was a very loving and committed housewife and homemaker for their two boys, Randy and Scott Pettit. They later moved to Crossett, AR where James took a business opportunity that enabled him to build a home and family for their future. Both Carolyn and James were members of First United Methodist Church and became very active in their new community. Carolyn and James were championship golfers as James became President of their country club, and she was head of the Women’s Golf Association. Mrs. Pettit was vey involved in both of her sons’ hobbies by taking on leadership roles in Cub Scouts, Boy Scouts, music and sports.

In lieu of flowers, memorials may be made to St. Jude Children’s Research Hospital or Shriners Children’s Hospital.

To order memorial trees or send flowers to the family in memory of Carolyn Sue Pettit, please visit our flower store.