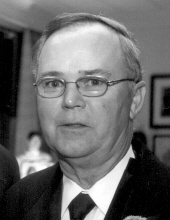 Buddy was born on June 22, 1949, in Monroe where he was raised and spent his adult life. He was an avid outdoorsman in his younger years and could often be found at his hunting camp in Somerset that he shared with his buddies. As he got older, he enjoyed traveling in his home on wheels or his “bus” as we called it. He was always available to friends and family and was the go-to when anyone needed help, it was always “call Buddy”. He always knew what to do, he always came through and he was happy to do it. He was a jack of all trades and could build a house from the ground up, repair anything, install anything, he could do it all.

He was a kind, gentle man, a devoted husband and a loving and giving father. He adored his grandchildren who called him Paw Paw but his buddies referred to him as Paw Paw long before he became a grandparent because of his more mature ways so to speak.
He was an exceptional human being and such an example of humility and pure goodness. He truly made this world a better place.

The family is grateful for his close friend, Pam Hudson for her loving care and companionship; his good friend, Conway Liner for always checking on him and looking out for him; and his neighbor, Ro Worley for her kindness and willingness to be of help.

Memorials can be made to Louisiana Baptist Children’s Home, St. Jude Children’s Research Hospital or charity of choice.

To order memorial trees or send flowers to the family in memory of Charles Ebert Brown Jr. , please visit our flower store.