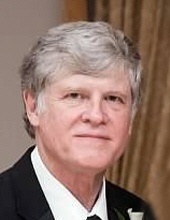 Charlie was a devoted husband, father and grandfather. He practiced law for over 40 years in Bastrop, LA, where he lived for most of his adult life. He was a member of St. Joseph Catholic Church and an active member of The Optimist Club of Bastrop.
Charlie was a writer, a musician, a coach and mentor. He spent years coaching recreational sports in Bastrop where he touched the lives of many youth. He and others had a vision of a gymnasium at St. Joseph Catholic School where he coached basketball for years and he was instrumental in helping to raise funds to see the vision to fruition. This gym gave the school a safe environment for physical activity and sports as well as a place for Church parishioners to gather. His coaching stories will no doubt live on for many years, and he will forever be known as “Coach Charlie” to many.

Funeral services will be held at 2:00 PM, Monday, March 14, 2022 in the chapel of Mulhearn Funeral Home in Monroe, LA, with visitation at 12:30 PM until the time of service. Services will be officiated by his brother-in-law, Deacon Richard Nelson. Interment will follow at Mulhearn Memorial Park Cemetery in Monroe.

In lieu of flowers, memorials may be made to St. Jude Children’s Research Hospital, the Snyder Museum in Bastrop, LA or the charity of your choice.

To order memorial trees or send flowers to the family in memory of Charles Evans Herring, Jr, please visit our flower store.